The More Things Change… When Are We Going to Learn Our Own History?

NPR’s Marketplace reported yesterday about a family in a town in Ohio being victimized by a very pernicious real estate scam. That family is one of many in the area and across the country who lost their homes following the 2008 financial collapse. Unable to get a regular mortgage, they were offered and accepted a “rental to buy” at what seemed reasonable terms. But it turned out there were tens of thousands of dollars in liabilities with the property that they were responsible for,  including 112 building violations and $3,000 a year in taxes. This, despite their being just renters. 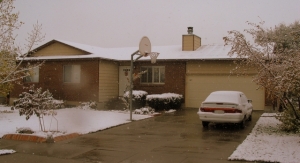 Half of their monthly rent, just $400, is supposed to go toward eventual ownership of the house. But it they fail to make a single payment they will be evicted, with no equity due them no matter how much they have paid in toward the house’s purchase and no reimbursement for any monies they have spent to maintain/restore the property or for taxes paid on it.

This situation is going on all across the country and comports, the NPR report concluded by saying, with the history of redlining practiced by banks in African American and other minority communities.

What the report did not point out is the historical context that would explain why African Americans and others are freely preyed upon this way in 2018.

When low-down-payment, low-interest, low-monthly-payment mortgages became available to working-class Americans under an underwriting arrangement between developers and the Federal Housing Administration set up in the FDR administration in the 1930s, African Americans were deliberately and specifically excluded from those mortgages. Sharks like the ones who are victimizing that family in Ohio and others stepped in back then as well to offer the same kind of rent-to-own arrangements, under the same installment-plan conditions: one missed payment and you’re out, no matter how long you have paid into the property. No chance of selling even at a loss. Nothing.

That the same scam is being perpetrated on the same group of people eighty years later should be a national scandal, not a five-minute story on public-radio. If the FHA and later the Veterans Administration had not excluded African Americans from affordable home ownership over several decades (it only ended, legally, in the 1970s), that family in Ohio and millions more like them would not have found themselves prey to such victimization. African Americans would, over the generations, have been able to amass the kind of home equity that the children and grandchildren of poor European immigrants were able to do. That Ohio family’s situation has deep historical roots that deprived two or more generations of the economic leg-up “whites” were granted, not to mention the job discrimination that accompanied their inability to gain homes of their own on an equal footing. As it is, today African Americans only possess 5% of the wealth whites do, wealth that would have lifted them into the middle-class along with their white working class fellow citizens.